Happily, the actual story is just as excellent as one might hope – including this salient detail:  “The accused was escorted out and had to be asked to partially deflate her costume so she could get out the door.” Read more at The Awl…

Hmmm…  Dame Helen Mirren throat-punching someone.  And who doesn’t love some Mary-Louise Parker? Yes, I think I will pay to see this…

Two of my favorite things, together at last… 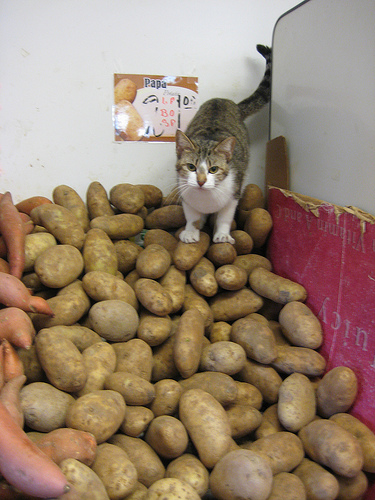 photo by riceandwheat via Mission Mission

Live long, pro$sper and bru$h your teef with a bottle of Jack… 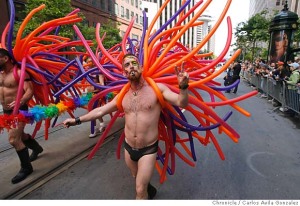 You know, I was thinking I’d skip this year’s Gay Pride festivities.  There’s a certain feeling of “been there, done that” – and I certainly have. Plus, this would be my first time attending as a single dude in nearly ten years – a rather stark reminder of how different my life  is today than I thought it would be a year ago…

But I read this post on Joe. My. God. Apparently, he re-posts it every year.  And it reminded me that I’m lucky to live in San Francisco and that I get to be an openly gay man without worrying about being fired from my job, evicted from my apartment or thrown in the clink because of my sexual orientation.

It’s not always been easy to be gay (you’d think I’d be used to being called “faggot” by random assholes on the street, seeing as I’ve been hearing it for well over thirty years now), but I honestly wouldn’t trade it for anything.  And the last Sunday in June is our day – to celebrate, to remember, to look ahead, to pay homage to those who paved the way for the rest of us, to honor ourselves and our brothers and sisters, to drink too much, to get sunburned, to flirt, to laugh, to hang out with friends who are also our family, to revel in our similarities and our differences.  And to have a fucking party…  See y’all there!

You know, a friend of mine recently said, “Why bother recycling anymore? I’m not the problem.” Yes, it was a joke (sort of) – but I have to agree with her sentiment.  All these little things we do don’t seem like they’ll even come close to ameliorating disasters of this magnitude…  Sigh – I guess the Maya were right after all – I’d better start to party like it’s 2012. 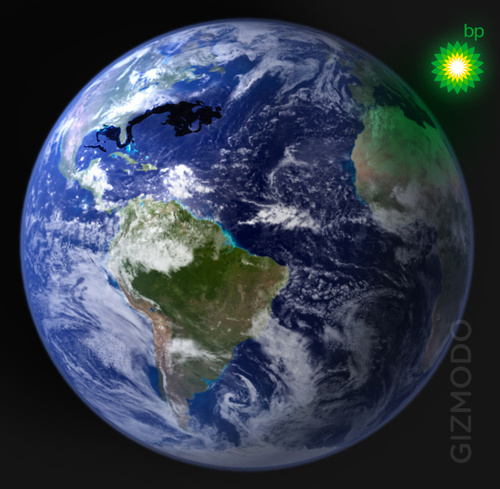 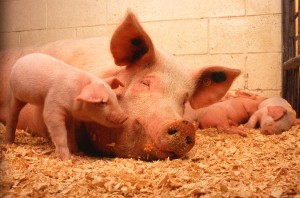 Hmm…  I just realized that my diet for the last two days has consisted almost exclusively of pork… Lunch on Tuesday was tonkatsu, dinner was chile verde…  Yesterday I had a carnitas burrito for lunch and a ham-and-brie sandwich for dinner…  And breakfast on both days included a couple of rashers of bacon.  I suppose I ought to get a salad or something for lunch today – though BBQ pork sandwich from The Sentinel sounds pretty tasty…   I’m going to need to buy special shoes for my soon-to-be-cloven hooves…

With all the rain and gross weather over the last month or so, I haven’t been riding my bike – which also means I’ve been skipping my usual after-work visits to Whole Foods on 4th and Harrison.  But I’m back in the saddle and back to stopping off for groceries most evenings.

Now let me tell you, I generally like this particular location.  Granted, the male staff at the Franklin St. location is typically much hotter looking, but the market itself is cramped and filled with pushy, self-entitled d’bags who won’t get out of my goddamn way.  The 4th Street branch is definitely mellower and seems to serve a more diverse group of customers.  And the layout, while a bit quirky, is less prone to bottlenecks.

Be that as it may, there’ve been a couple of incidents this week and last.  I went last Wednesday evening, looking forward to a little sushi from the sushi bar – just some tekka maki, kappa maki and maybe California roll.  But all the boxes were nine piece servings, all of the same variety.  Where are the little four or six piece boxes?  Hmmm…  Annoying.  So, I just settled for a tamale and some enchilada from the hot bar – and of course my apples managed to smash through the box on bike ride home, so it was like eating an ax murder (visually that is – it tasted fine. Oh, and I certainly don’t blame Whole Foods for the apple/enchilada mash-up…  The perils of shopping by bike…)

At any rate, I returned on Friday, still intent on having sushi – and the same scene replayed.  All nine-piece boxes of a single variety.  What gives?  When I asked the gentleman behind the counter, he indicated, “We’re a new company” with no further explanation as to why they chose to package their sushi in such unworkable quantities.  Apparently this company hates us Mary-Ann-Singleton-types and thus only packages their sushi for the happily married rather than sad, cat-owning spinsters such as myself.

Then, last night, knowing I couldn’t get sushi, but not feeling like cooking, I decided I’d just get a sandwich – turkey with roasted peppers and pesto-mayo, my favorite!  I went right up to the deli counter (no line – yay!) and was submitting my order when I was advised that they were out of meat.  Not out of  turkey – they were out of every variety of meat.

I took the liberty of looking up “deli” – it is short for “delicatessen,”  an “operation offering foods intended for immediate consumption. The main product line is normally luncheon meats and cheeses.” (emphasis added by me)  So, Whole Foods, please hew a little more closely to the definition of deli – providing meat is really key to the deli experience. KTHXBYE.

Stumbled across a crappy online rendition of “Largo al Factotum” taken from some new “talent” show on the TV – so I felt the need to hear it sung properly and of course pulled up Pavarotti in iTunes.  Which of course led me to thoughts of “Nessun Dorma”.  And you know what? I’m not really much of an opera queen – but how can anyone not weep when listening to this?

Japanese World Cup fans dressed as… um, I don’t know what the hell they’re dressed as, but it is fan-freaking-tastic! Banzai, you crazy mofos!

Image from Getty via Gawker

Yes, this. One of my all-time biggest pet peeves (of which I have thousands…) 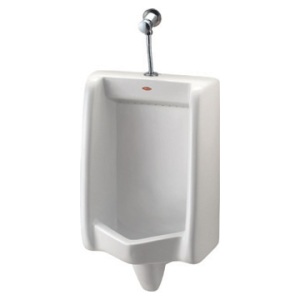 So, after a several-week-long hiatus, I hit the gym after work tonight.  And it’s the same as it ever was…  Nothing really out of the ordinary, just the usual assortment of freaks and annoying people (why do straight guys have to talk so loud and for so long about nothing in the locker room?).

And I managed to do nearly my whole 30 minutes on the elliptical machine.  I stopped a few minutes early when I saw my left ventricle protruding through my rib cage – though it seems to be fine now…

But there is a really delightful new feature in the urinals in the men’s locker room (well, I guess that’s redundant – you ladies don’t have urinals, do you?).  They have new urinal liners – and through some diabolical combination of perforations and ridges, the liner does more than just protect the drain – it delivers a nice spray-back of urine onto the user’s legs, regardless of where one aims.  It’s sort of the toilet version of a dribble cup…  And it’s a real treat, let me tell you!  Keep up the good work, YMCA!

Wow – I sure have become quite the lame-ass at posting lately. I think this is due to a combo of not much going on in my life and stuff going on in my life that is not appropriate for sharing (for example, last Sunday’s trip to the Drag-a-thon at Marlena’s…  All I will say is that many cocktails were consumed and I was home “sleeping” by 6PM…)

At any rate, the highlight of the last week has been my acquisition of the HTC Evo, Sprint’s answer to the Jesus phone.  And let me tell you, this phone kicks some serious ass.  Yes, I loved my Palm Pre, but the Evo puts it to shame in terms of speed, ability to customize and the apps available.  And the screen is HUGE! 4.3 inches diagonal, vs. 3.5 for the Pre.  The difference is amazing – I can actually read stuff on the screen without glasses.  Oh, and it has an 8 megapixel camera that takes amazing pix – and it’s all tightly integrated with multiple ways to share pictures (email, MMS, Facebook, Picasa, Twitter, etc.) right from the phone.  And it supports 4G data, which is supposed to be waaaaay faster than 3G (sadly, 4G hasn’t been rolled out in SF yet – sometime in summer or fall they say…)

Of course, I still miss the Pre’s real keyboard – though the Evo’s virtual keyboard is so large, it’s almost a wash.  And the predictive typing works quite well – though I’m still getting used to it.

Which brings me to the reason for the post.  When I text, email or update Facebook with words not currently in the Evo’s dictionary, it adds said words to a user dictionary – that way it can suggest them in the future.  So here is a list of words that my Evo now recognizes, based solely on the last five days of usage.  I think it paints a pretty accurate portrait of what’s going on in my life…

And if you enjoy this as much as I did, check out some of Billy Eichner’s other interviews on YouTube.