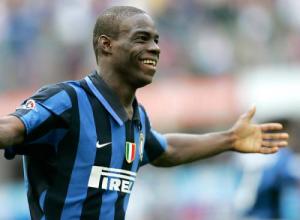 Footballer Mario Balotelli, who recently signed a £24 million contract with Manchester City, was on his way to training when he crashed his fancy Audi R8.  Following standard protocol, the police gave him a breathalyzer test (which he passed) and interviewed him.

The police were suspicious, however, as to why a 20-year-old (non-white) person who spoke faltering English was carrying £5,000 cash in his back pocket. When police demanded an explanation, Balotelli responded thusly:

Because I am rich.