OK, the nickname is sort of vomitous, but the idea is rather clever. Air New Zealand has announced that their fleet of 777-300 is being equipped with Skycouch seating. Basically, you get the whole row of three seats for the price of two-and-a-half and the seats can convert into a lie-flat surface for two. Granted, it’s a far cry from business class, but when flying from USA to NZ, I can see the appeal.

But the best part? This simple guide to the rules of the Skycouch: 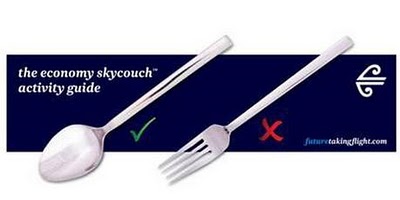