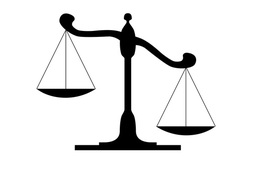 When I wake up in the morning, I turn on the local news, mainly for the weather forecast. The rest of the broadcast is predictably glib and annoying and focused largely on topics that are not newsworthy. And then at 7:00AM, the national morning programs come on – basically the same b.s. but with more polished newsreaders and higher production values. Why do I torment myself with this drivel?

This morning on CBS, they showed clips from Anderson Cooper’s interview with juror B37 from the George Zimmerman trial. This is the same gal who had inked a book deal within 36 hours of the conclusion of the trial. Granted, she backed out of the deal soon after, but I think this is a textbook example of my favorite Law & Order phrase – “you can’t unring the bell.”

One of the things that struck me in particular during the interview was her use of the passive voice when describing the case:

I feel sorry for Trayvon and the situation he was in.

The “situation” that Trayvon Martin was in was precipitated solely by George Zimmerman.  It didn’t “just happen” out of thin air – Mr. Zimmerman alone made a number of decisions and took actions that led directly to his confrontation with and subsequent shooting and killing of Mr. Martin.

It’s just hard. Thinking that somebody lost their life. And there’s nothing else that could be done about it.

This was just so bizarre to me. “Somebody lost their life.” No, George Zimmerman shot and killed Trayvon Martin. That is a fact that has never been in question – yet this juror seems to view it as some sort of vague inevitability, something that could neither have been prevented nor for which the perpetrator could be held responsible. In fact, she doesn’t even seem to acknowledge that there is a perpetrator. It’s quite difficult to disagree with this TPM post stating that “juror B37 is not only ignorant but militantly ignorant.”

But what followed was even more distressing (I almost said “shocking” – though then I realized I’m about as shocked as Capt. Renault). The juror stated her view, in response to Mr. Cooper’s question, that she didn’t believe race played a role in what happened. This certainly seems in keeping with the juror’s narrow and insulated world view – but the part that I found so terrible was the news anchors’ grabbing onto this as evidence that this trial and the events leading up to it were not in fact about race. Rich white lady Norah O’Donnell seemed quite comfortable to close the whole racism chapter because one juror says it wasn’t about race. I mean, if one juror claims that the case wasn’t about race, well, then, I guess it can’t possibly be about race!

Now, I don’t think I have a particularly in-depth understanding of racism in America – I am white after all – but I feel quite confident in saying that when white people proclaim that the shooting and killing of an unarmed 17-year-old black youth is not about race, they don’t know what the fuck they are talking about.