Up and at ‘em early on Saturday morning to beat the crowds at Red Star for dim sum. Happily they open at 8, so we were there before 9 and had no problems getting a table. It’s a pretty old school Chinese restaurant in terms of both decor and service, which for dim sum was push carts just like back home at Yank Sing. Food was tasty, though not out of this world – my favorite was the wonton soup, a Saturday-only offering according to our server.

Next up was ArtScience Center in Marina Bay. I was a little confused by the whole thing, since I thought it was science museum, but really it’s just a kind of kid-friendly tech show-off space. We visited the Future World exhibit and took lots of really cool photos in the wave room and then acted like gleeful 6-year-olds when we discovered the interactive video display wall, where tapping floating shapes would reveal mountains, elephants, cows and the like.

Next, we went off in search of The Panic Room, a groovy barber shop I’d stumbled across online. Mostly we went to check out their large selection of beard grooming products and were not disappointed. We also discovered we were not far from the Old Airport Road hawker center, which shows up with regularity on every list of best food in Singapore. I had a more char siu (because duh) Ah Yee Hong Kong and this was the best char siu I had during my visit. Ak had congee from another stall which he declared OK. We also shared a plate of stir-fried noodles, veg and seafood which I wanted solely because of the long line to get it – and it was pretty darn good! There was also another char siu place which looked great and also had a long line – but by the time I decided I could eat more, they’d sold out! So, lesson learned: if you see food you want, get in right away.

Back to our neighborhood of Tiong Bahru, where Ak got to meet my feline friend I’d met on my first day. We took an amble around and checked out all the adorable little cafes and bakeries, taking note of where we’d get breakfast the next morning.

Dinner that night was also in the ‘hood, just around the corner from our hotel at House of Peranakan Petit. We didn’t have a reservation – which meant sitting out on the quiet street on a warm night. It was wonderful – and we loved the food. Peranakan food definitely had some similarities with Indonesian food – we ate beef rendang, long beans, crab served with broth and a really yummy variation on tapioca for dessert.

Sunday morning breakfast at 40 Hands, one of Tiong Bahru’s many darling little cafes. Then, off to the National Gallery to look at some art. We explored a bit of a quite fascinating exhibition of SE Asian art from 19th century to the present. I especially liked seeing the adaptations of Western style paintings that were made by self-taught local artists.

We also took the guided tour of the buildings that house the collection, the former Supreme Court and City Hall built in the early 20th century. They’ve done a rather amazing job of repurposing the buildings and joining them as one cohesive structure without completely sacrificing the most historic components of both.

Next up was obviously food – it had been over four hours since our last meal! Given that it was Sunday and we were near the Central Business District, no nearby hawker centers were open – so we hit up the next best choice for food in just about any Asian city, the mall! We headed over to Raffles City Shopping Center and, after a brief flirtation with a noodle place, we decided on more dim sum at Din Tai Fung. It was all pretty tasty, including their apparently world-famous xiao long bao, a.k.a. soup dumplings and some nice dan dan noodles.

Did a bit more exploring, including a stop at The Arts House to look at an installation by a local artist. We were underwhelmed.

Speaking of underwhelmed, after resting up at bit back at our hotel, we had dinner at Tandoor. I’d looked online for a nice Indian place and this one seemed to fit the bill and was well reviewed. The food was pretty good – though nothing to write home, especially given the high prices. Service was tentative and on the slow side. And something about the whole ambience seemed off – like they were trying to be fancy, but just not hitting the right notes, with clumsily matched plates and poorly executed cocktails. They only had one Indian beer on the menu – and were out of it!

Of course, the weirdest part was the clientele, which I can’t really blame the restaurant for. One family sat around chatting obliviously while their toddler wandered the restaurant on her own – which would’ve been merely irksome, save for the fact that she was emitting high-pitched and sustained shriek the entire time. Then there was the guy a few tables down from us who got into an argument with the waiter about tandoori chicken. Now, there were several preparations of chicken from tandoor – though they had different names and presentations, which apparently threw this diner for a loop. “This is an Indian restaurant! You have to have tandoori chicken and that’s what I want! Tandoori chicken! Why is this so difficult?” It was very strange…

Anyway, we decided not to stay for dessert and wandered around looking for something to wrap up the evening – and found something even better: Tokyu Hands! My favorite Japanese store that I didn’t even know existed in Singapore! Granted, it was a mere shadow of the giant Shinjuku location that I first visited eight years ago, with this branch showing all their wares on one floor and no weird cos-play section – but it was still pretty great, with lots of strange beauty treatments and cute toys. It was a fine way to wrap up our day, especially after a disappointing dinner. Tomorrow: Gardens by the Bay!

Our home in Singapore 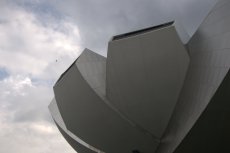 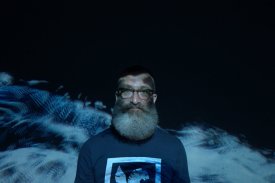 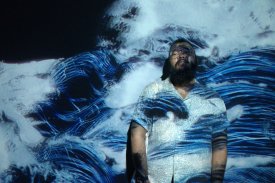 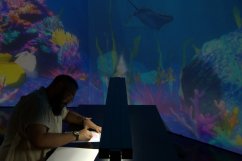 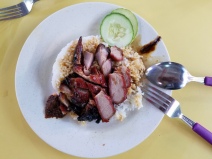 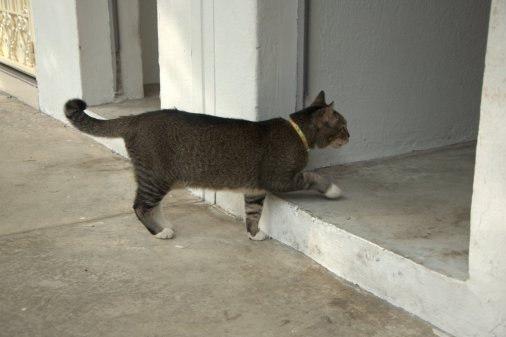 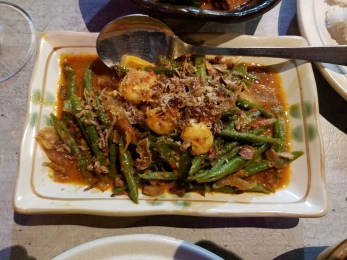 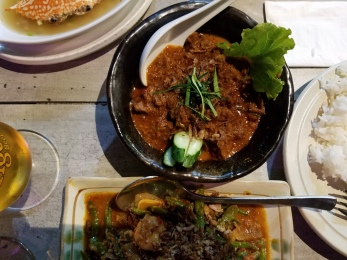 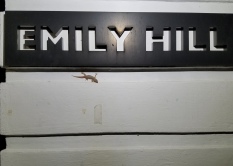 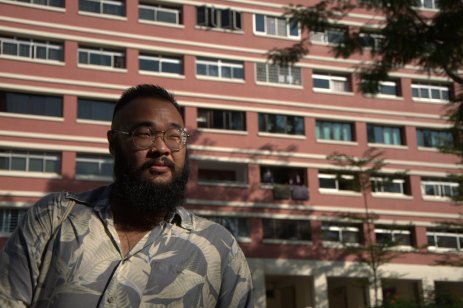 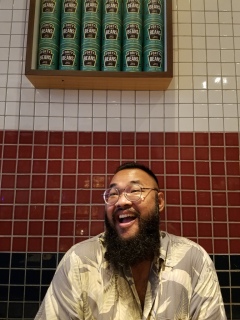 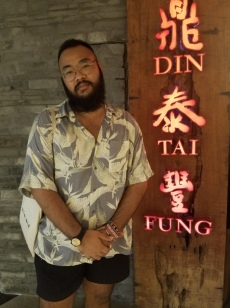 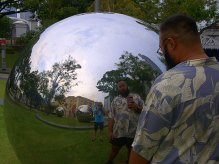 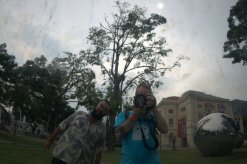 Some fun at ArtScience: