The trip from Koh Lipe and Pak Bara back to Hat Yai airport passed rather slowly, but uneventfully. Had some decent moo dang noodles at the airport while we waited for our flight to Bangkok – and then followed it up with some Dairy Queen. I try to keep things real and local, so I got a Matcha Blizzard…

Upon landing at Don Mueang International, we had important business to address once we’d collected our luggage: locating the airport’s branch of Cha Tra Mue, purveyors of Thailand’s most famous tea and one of only two locations serving their newly-introduced Thai iced tea soft serve ice cream! The other location is at Terminal 21 shopping mall in Bangkok – and is apparently so busy, the ice cream machine regularly conks out – so sampling this rare new delicacy in the uncrowded DMK location was quite a treat!

Soon on our way to the Hansar Guest House, across from Wat Pho. I’d gotten an email about this little guest house after staying at the fancy Hansar Hotel last year and I really liked the idea of spending my first few days in the old part of Bangkok, near the river and Grand Palace. The Hansar Guest House was not easy to find – it seemed to have three different names and also no sign, plus the entrance was through a coffee shop. A little exasperating.

As for the place? WELL. It was actually fine – for an inexpensive guest house. However, as it turns out, inexpensive guest houses are not really my thing… The place was very clean and the beds comfortable – but it was simply a room with two beds. No closet, no dresser, no fancy soap. The bathroom was OK, though small and basic. So, there was not a single thing wrong with the place, especially for less than US$40 per night – but I learned that I prefer a bit more in the way of both space and furnishings than was on offer here.

The location was great though. On Monday, I walked to the Grand Palace and visited the Queen Sirikit Museum of Textiles. I’d been here once before on my first visit to Thailand – and it was just as impressive a second time, showing a different cross-section of the Queen’s lovely wardrobe. As beautiful as the evening gowns were, I was most fascinated by the day wear – simply cut suits and dresses that were perfectly constructed from gorgeous fabrics, many designed by Pierre Balmain just for the Queen. It’s so fascinating to see work like this up close. No photos allowed – so make sure to stop by when you’re in Bangkok!

The other place in Old Town I was looking forward to re-visiting was Pai Spa, home of my first ever Thai massage. I was able to make an appointment with Jin, my therapist from my first visit – and she remains as skilled I remembered. This remains one of my favorite spas in Bangkok – and price-to-value ratio is unbelievably good.

Dinner with Ak that night at Inn-A-Day, another old favorite and just as tasty as always.

I wasn’t sure what to do with myself on Tuesday, but I found an interesting sounding walking tour of Chinatown with Co Van Kessel. Sadly, no one else had signed up for the tour that day – but they had a bike tour instead. So, off I went!

It was an OK tour. The ride through Chinatown’s maze of tiny streets was a lot of fun – though it was also a bit frustrating that we didn’t get to stop and look more often (one of the nice things about walking tours!). We crossed Chao Phraya on a boat and toured one of the city’s many wats – and I saw plenty of temple kitties, which was obviously a highlight!

Probably my main complaint about the tour was its size – any more than six to eight people starts to feel a bit much and I think we had 14? There were also three young men on the tour whose behavior served to remind me that straight white male privilege is not a uniquely American attribute. But I digress…

I enjoyed a wander back through Chinatown and Little India after the ride And I even managed to squeeze in two hours of massage at Wat Pho before heading back to the guest house and having shower.

Drinks that evening with Ak at Bamboo Bar at The Oriental, followed by a very yummy dinner at a starkly-lit neighborhood place near Chinatown. I also managed to impress Ak with my ability to discern exactly what was happening in the scene of Thai soap opera playing on the TV in the restaurant. Every time I’d make some observation about a character’s motives or background, he’d ask, “How on earth did you know that? You can’t understand what they’re saying!” Soap operas – the international language, apparently.

Our last night in Old Town. We were both looking forward to returning the next morning to Le Meridien, my home-away-from-home in Bangkok. 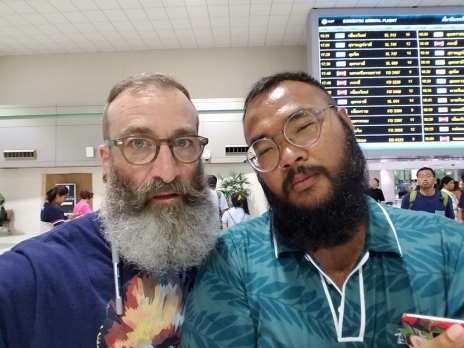 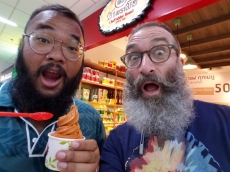 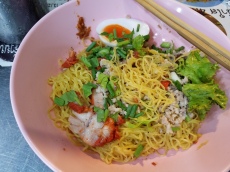 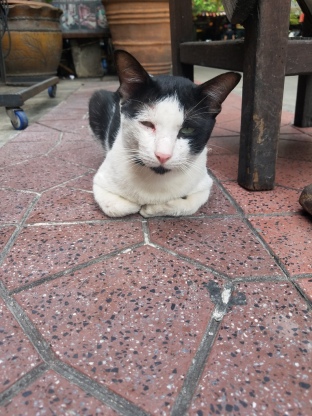 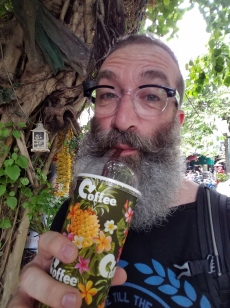 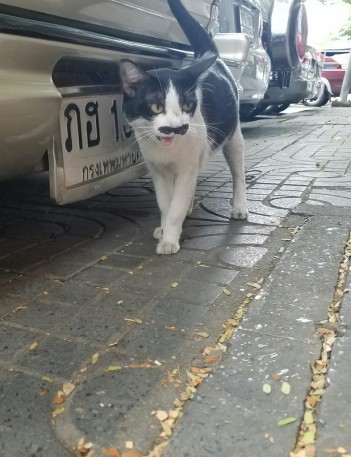 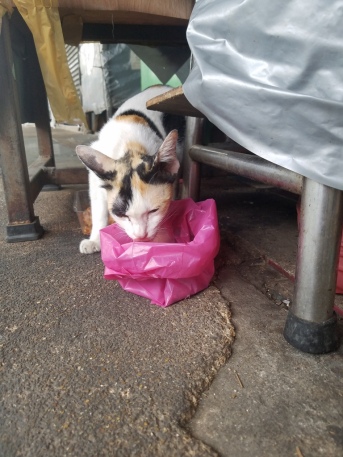 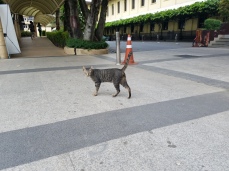 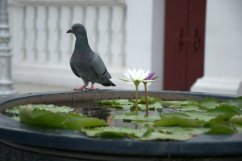 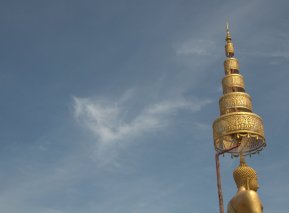 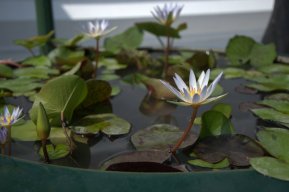 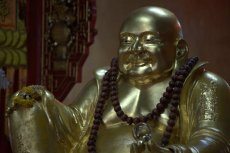 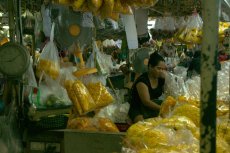 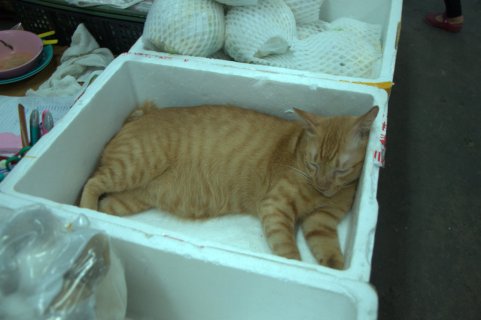 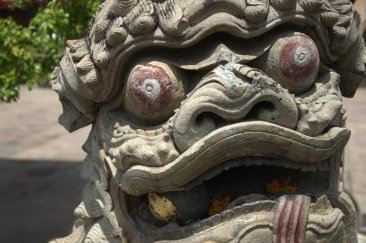