Ak arrived quite late on Friday night – really great to see my BFF, though we were both pretty exhausted by the time he arrived at our modest-but-serviceable digs. But we slept reasonably well and woke up Saturday morning with a full day ahead of us.

We had the first of two walking tours with Hong Kong Free Tours. This one focused on Hong Kong island, covering not just some of the usual tourist sights like the HSBC and Bank of China buildings, but also delving into some of Hong Kong’s recent history – including the Umbrella Revolution and the really poor treatment of Hong Kongers in general, first by the British and now by the Chinese. Learning about this from the perspective of our guides Michael and Beverly – both Hong Kong natives – was fascinating and certainly eye-opening.

Lunch at Yat Lok afterward, my second visit and Ak’s first. I actually liked my char siu better this time than last, but Ak wasn’t thrilled with his roast pork. Oh well! Did a bit of exploring in Central, wandering along Elgin and Staunton Streets, before ambling back to our home base on Hollywood Rd. in Sheung Wan.

Had a fun evening, starting first at Foxglove, a “speakeasy” type place that really dresses the part. It’s entrance is through a secret panel located inside of a supposed “bespoke umbrella” shop. The bar itself has the feel of a mid-century ocean liner. The concept is all pretty great – though the execution could use some work frankly. The secret entrance was on the fritz, so we just entered through a curtain. Not the end of the world, but disappointing. The cocktails were just OK – and breathtakingly expensive – so we moseyed off to Honi Honi Tiki Bar a bit further up the road.

These cocktails were priced just as dearly – though they were also pretty delicious, so that was a big plus. Dinner was at Little Bao, where we shared an amazing starter of caramelized brussels sprouts fried up with fish sauce, peanuts, shallots and chiles. Ak had a fried chicken bao and I went with fish tempura. After having had an assortment of underwhelming meals, we both really loved this one.

One last round of cocktails at Happy Paradise. Really cool space with colorful neon lights on the ceiling and an open window looking down onto Staunton St. Cocktails were tasty and we had a super friendly bartender who we chit-chatted with until it was time to head back to the hotel for some sleep.

Sunday was a similar schedule as Saturday, as we had another tour with HK Free Walking tours, though this time we’d be in Kowloon. Started off near Mong Kok and spent most of our time in the more “typical” neighborhoods of HKG, which feel quite different than the the gliz of Central.

Our guide Alla shared her insights into the nature of Hong Kong and why it is the way it is – focusing quite a bit on the role that its unfettered free market has in a host of issues that contribute to the difficulty of living in the city for all but the very rich. The Hong Kong government derives a significant portion of their income from property taxes and sales and leasing of the land they own. With no VAT and a very low income taxes, this reliance on property as a source of income results in a lack of incentive for the government to implement any serious reforms to the way the housing market works – meaning the prices stay high and rents exorbitant. Hong Kong is not an easy place to live for many of its residents.

As was the case on Saturday, virtually all of the parks, over- and underpasses and other public spaces were filled with young women hanging out. Some of the folks on the tour wondered if they were homeless. In fact, these women – the majority of them from the Philippines and Indonesia – are working as live-in domestic servants, typically caring for children or the elderly while also cooking and cleaning house, allowing married couples to both work and maintain the two incomes necessary to make ends meet in Hong Kong. These domestic helpers get one day off a week, so Saturdays and Sundays they spend time eating, chatting and catching up with their friends. Since most of their salary is sent to their families back home (and because Hong Kong’s minimum wage law does not apply to them), their free time has to be inexpensive.

It seems a rather difficult way to make a living – though one of our guides indicated that there’s a wide-range of experiences, with some families treating their helpers as members of the family while others insist that the helpers eat separately and alone, keeping them very distinctly in their place as servants. Regardless, these helpers are not eligible for minimum wage or other benefits that permanent residents and citizens receive – all while playing a critical role in Hong Kong’s economic infrastructure.

We wrapped up our Kowloon tour near Sham Shu Po station – which is also a hop, skip and a jump from the OG location of Tim Ho Wan, a dim sum place that made its name as the cheapest Michelin starred restaurant in the world. They’ve since expanded, with locations across Asia, but I’d not yet been so I was excited to try the first location. The wait wasn’t too long and the dim sum was OK. The baked pork buns were pretty great – the rest of what we had was frankly nothing special. Not bad per se, but I sure didn’t see what the fuss was about.

Took the Star Ferry back across the harbor and then had an argument with Ak over something that I’m sure was totally important and consequential. We talked it out, sulked for a bit but managed to get our shit together in time for something really important: dinner! We had wonton noodle soup at Mak’s Noodles and it was great. We followed up with a couple more snacks and some wine at Ho Lee Fook which we also really enjoyed – despite having to interact briefly with a couple of very loud Americans.

All in all, a pretty great weekend in Hong Kong – but tomorrow, the main reason for our visit: Disneyland! 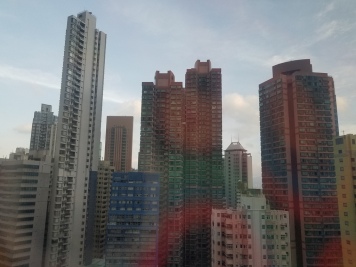 View from our place 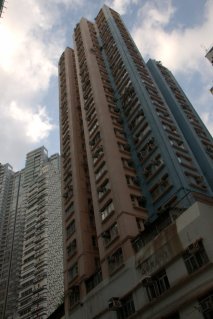 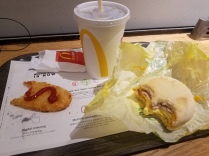 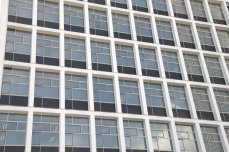 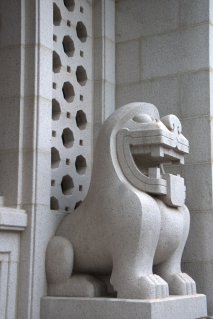 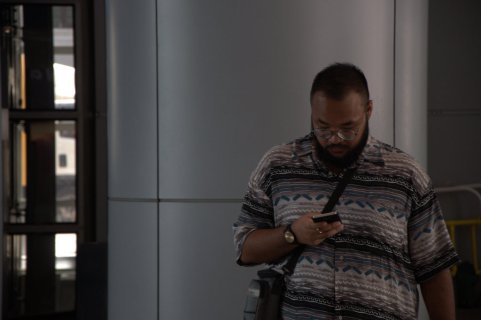 Next to St. John’s 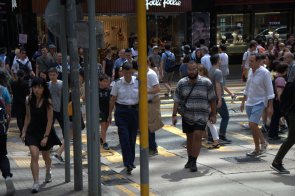 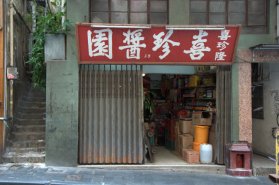 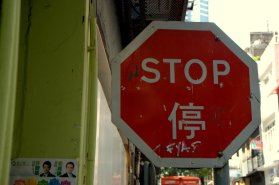 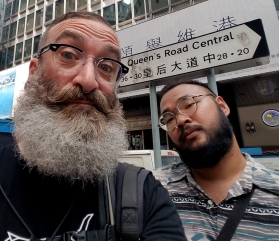 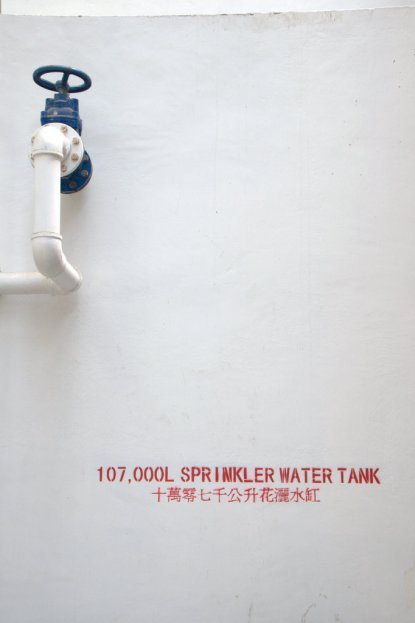 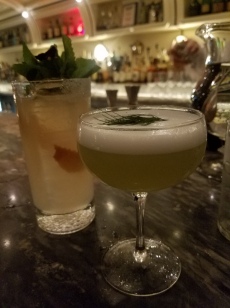 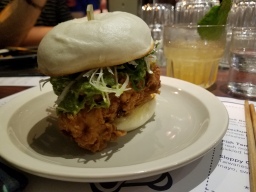 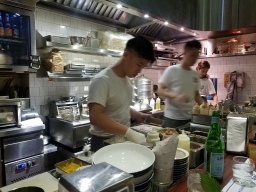 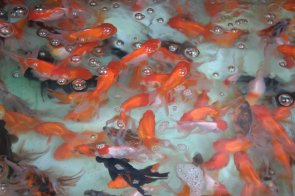 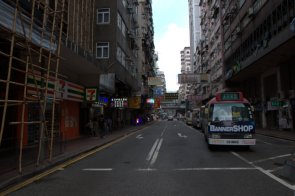 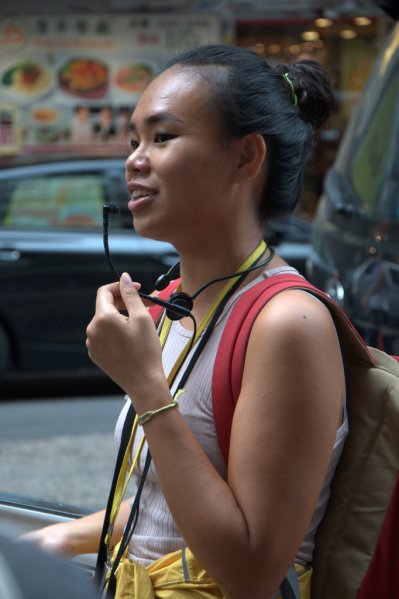 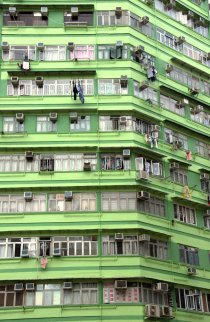 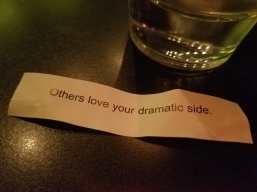