Hard to believe it’s my last few days here already… Spent the time mostly re-visiting some old favorite hangouts along with checking out some new ones.

Friday we mostly spent wandering around town checking out shops and snacking at Siam Paragon as usual. Dinner that evening at Soul Food Mahanakorn, but we stopped by the Okura Hotel to check out their happy hour, served on an open-air terrace off the lobby on the 24th floor. It was OK, but I was frankly underwhelmed – it just wasn’t a very interesting space and the cocktails were unmemorable.

Ak suggested we make our next stop at the Siwilai City Club at Central Embassy. WELL! This was much more to my liking. The space up on the top of the mall is really cool, with a beach-y vibe. Plus, I really liked the perspective of being only about six floors above street level, surrounded by tall buildings and hearing the BTS passing by just below. A great space and some tasty drinks.

Dinner was great, as expected – especially the miang kham, which is a plate of pork, coconut, lime, chile, ginger, peanuts and onion that you use as you like to fill a leaf and then pop it into your mouth. So simple and so delicious.

Saturday and we headed to Chatuchak Market (of course!) with a stop at Or Tor Kor Market for lunch. I even managed to order my own cha nom yen in Thai! Well, OK, the lady did correct my pronunciation, but still!

Shopping was good that day: I found a bunch of cool t-shirts, Ak got me a great new travel bag printed with angry cats along with some new toys for his cat. There was another torrential downpour which was kind of hilarious given that the “indoor” sections of the market aren’t necessarily as indoor as one might think, so we wound up rather damp. Good thing we found a little sweet shop to duck into for a snack…

After we were back in the city, we checked out an exhibit about the construction of the crematorium for the King. It was a small show, but really fascinating to learn about all of the work that went into the design and construction of this magnificent structure – that will be dismantled after the King’s funeral. There was also an amazing scale model, which I was really excited to see since we hadn’t been able to get very close to the real one next to the palace.

Dinner that night at Jay Fai, a shophouse restaurant long famous for drunken noodles and other seafood dishes prepared by Auntie Fai. It’d been on my list for a long time but this was the first time Ak and I actually visited. And, it was fine. The serving was generous and the seafood very fresh – but was it the pantheon of my favorite meals in Bangkok? Nope, not really. Ak was more critical than I, particularly given the high price relative to other “street food” type places – though by SF standards, the price was not at all unreasonable, though certainly higher than is usual in Bangkok. I’m really glad we did get a chance to visit and that it was a pretty low-key affair. The place was recently awarded one Michelin star, so it’s likely to have nightmarishly long lines now – and I can say, “Oh, I ate there aaaaaaaages ago, long before Michelin star…”

Since we shared our meal, we still had plenty of room for more food next door at Thip Samai, with a reputation for serving the best pad Thai in town. I’d eaten here before with Ak and we really liked it. The food was still very good – but the line this evening was nuts. I think we waited 45 minutes for a table? And someone who shall remain nameless (but whose name rhymes with “I’m-never-coming-BACK-here”…) was already kind of crabby so it wasn’t the most enjoyable meal of this trip. I’m not a really a huge fan of pad Thai anyhow – but I think this place really does make a fantastic pad Thai. I probably don’t think it’s worth the long wait – really, what is in a town with so much amazing food? – but if the line isn’t too cray, it’s worth a visit.

Next stop was Tep Bar, which I only visited for the first time last April and really loved it. Tonight was no different, with the usual live performance of traditional Thai music. The place was packed, but we lucked out and got the last table and enjoyed a couple of cocktails. Next stop was up the road at Foo John. They had a live jazz combo playing upstairs which was nice way for us to wrap our evening – my last in Bangkok before heading back home to SF.

Up early – but not too early! – to head to the airport. It’s always so sad to say goodbye to Ak and to leave behind this city I love so much. The blow was softened somewhat knowing I’d already booked my next trip to this part of the world for April 2018. And softened even further thanks to the fact that I’m flying EVA Air business class via Taipei – making the 19-hour voyage home more than just tolerable, but quite lovely.

I’d flown EVA before. They are a great choice out of BKK, given that they have the best lounge that I’ve visited there – even better than the just re-modeled Singapore Airlines lounge, which was fine, but EVA has a nicer location with great tarmac views, an excellent selection of food and – best of all – Toto Washlets in the bathrooms. Another perk is that EVA’s regional business class is the same excellent lie-flat pod-style seat as on their long-haul flights. Many of the Asian carriers have regional configurations with comfortable seats with plenty of leg-room – but in a 2-3-2 layout which means substantially less privacy than EVA’s 1-2-1.

The one thing that surprises me – and not in a good way – is how underwhelming the EVA lounges are in Taipei, their home airport. They are quite crowded, the design feels dated, the facilities shopworn and the food uninspired. I actually preferred the ambiance at the Priority Pass lounges around the corner. Eh, first world problems.

The flights were great though. Really tasty food, excellent service from the crew and plenty of Veuve Clicquot La Grand Dame was poured as we jetted across the Pacific… Soon enough, I was wheels down at SFO, whisked through immigration thanks to the best $100 I ever spent for Global Entry and I was home in my living less than one hour after arriving at the gate. And just like that, vacation is over. Back to work in the morning – but counting the days until April… Next stop: Singapore! 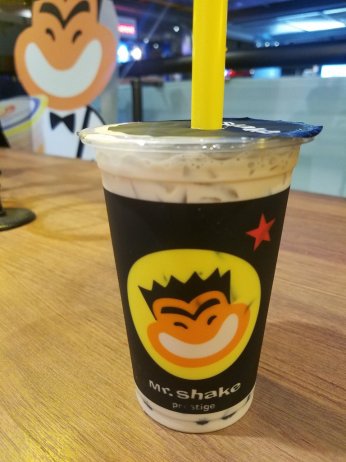 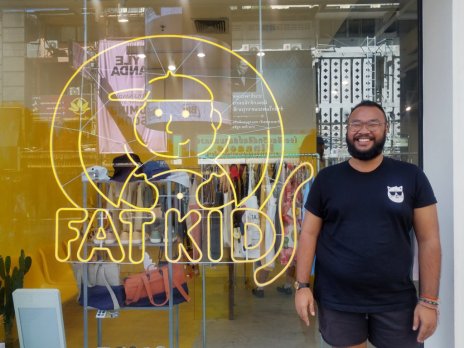 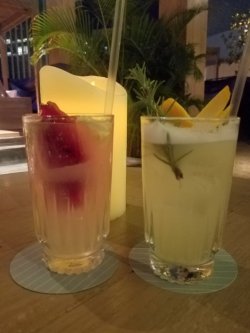 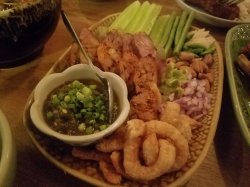 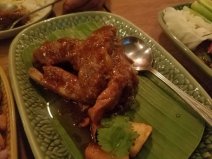 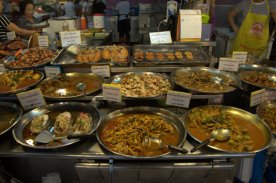 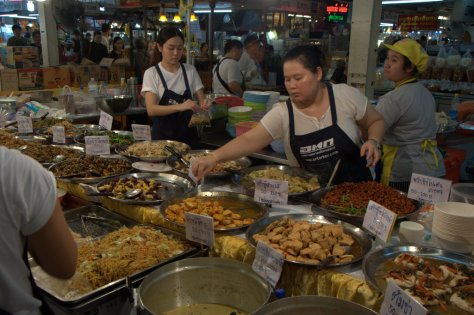 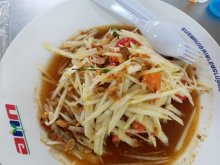 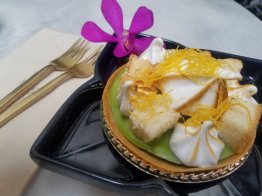 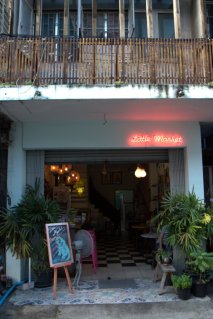 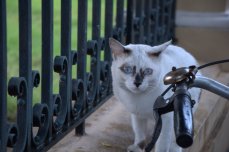 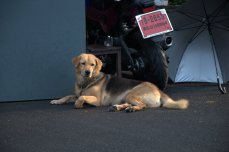 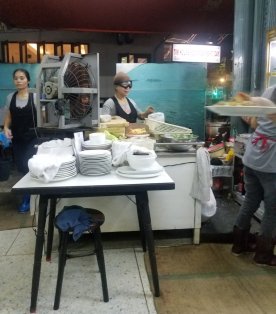 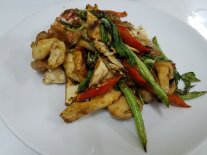 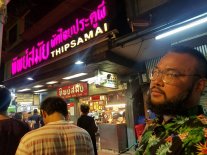 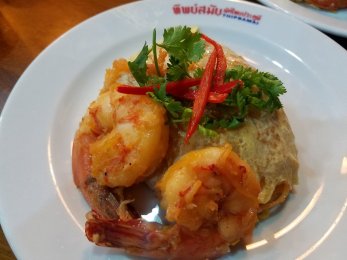 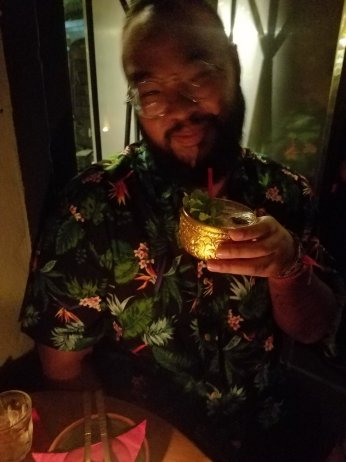 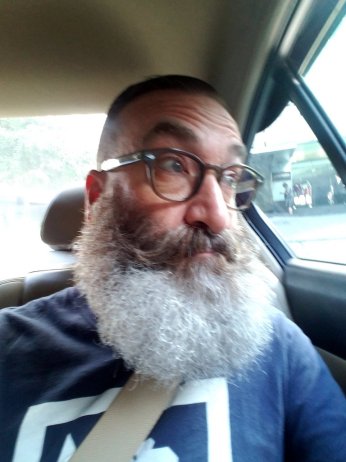 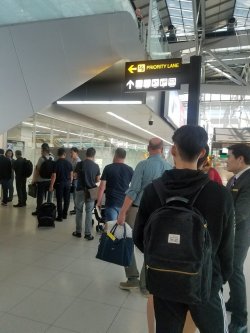 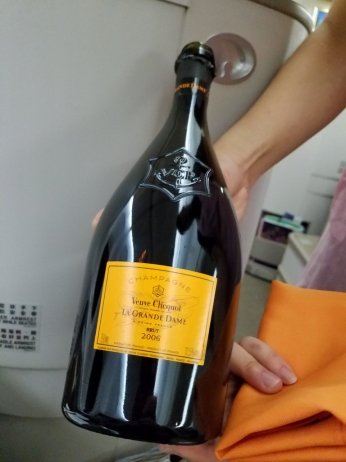 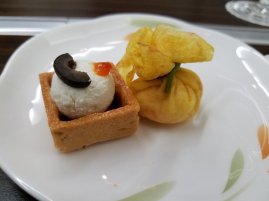 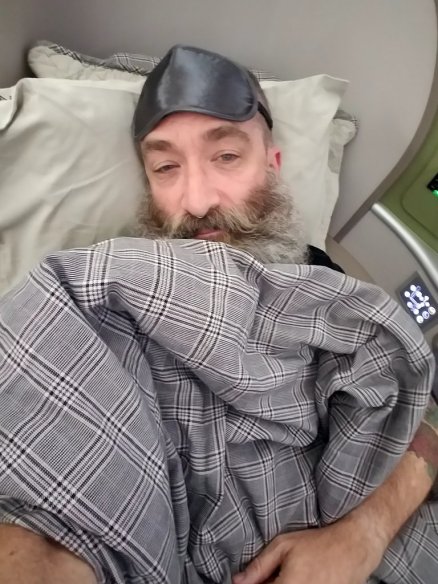 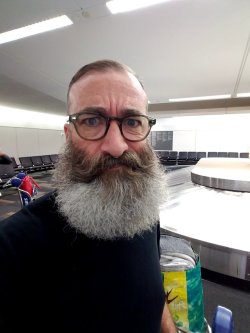 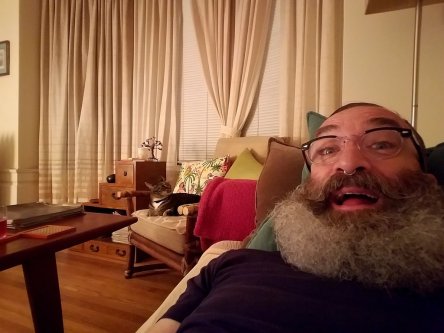